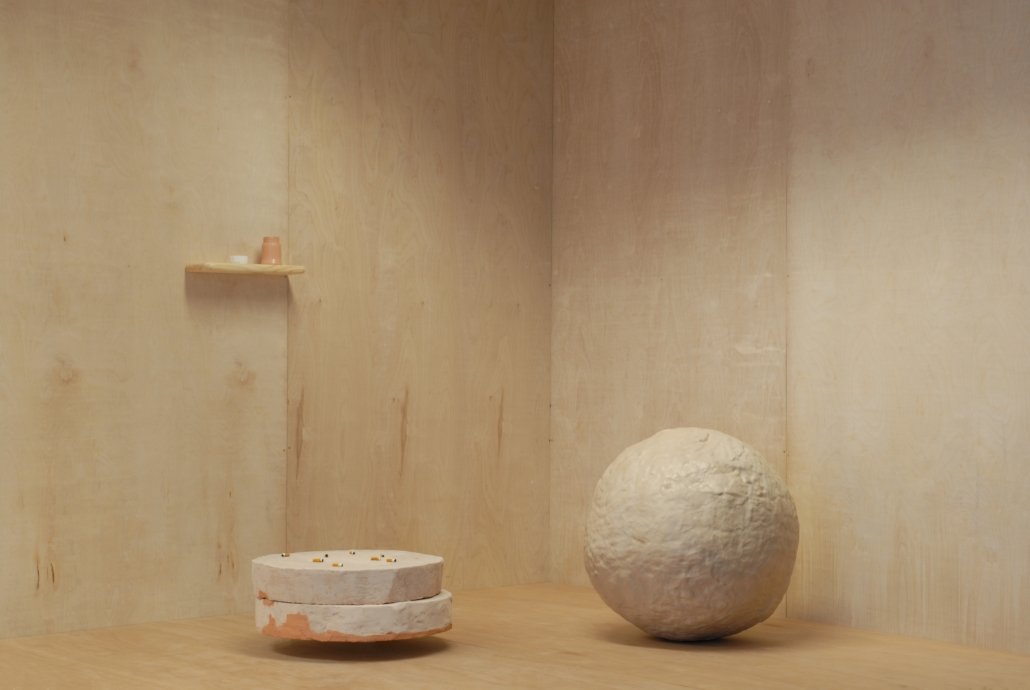 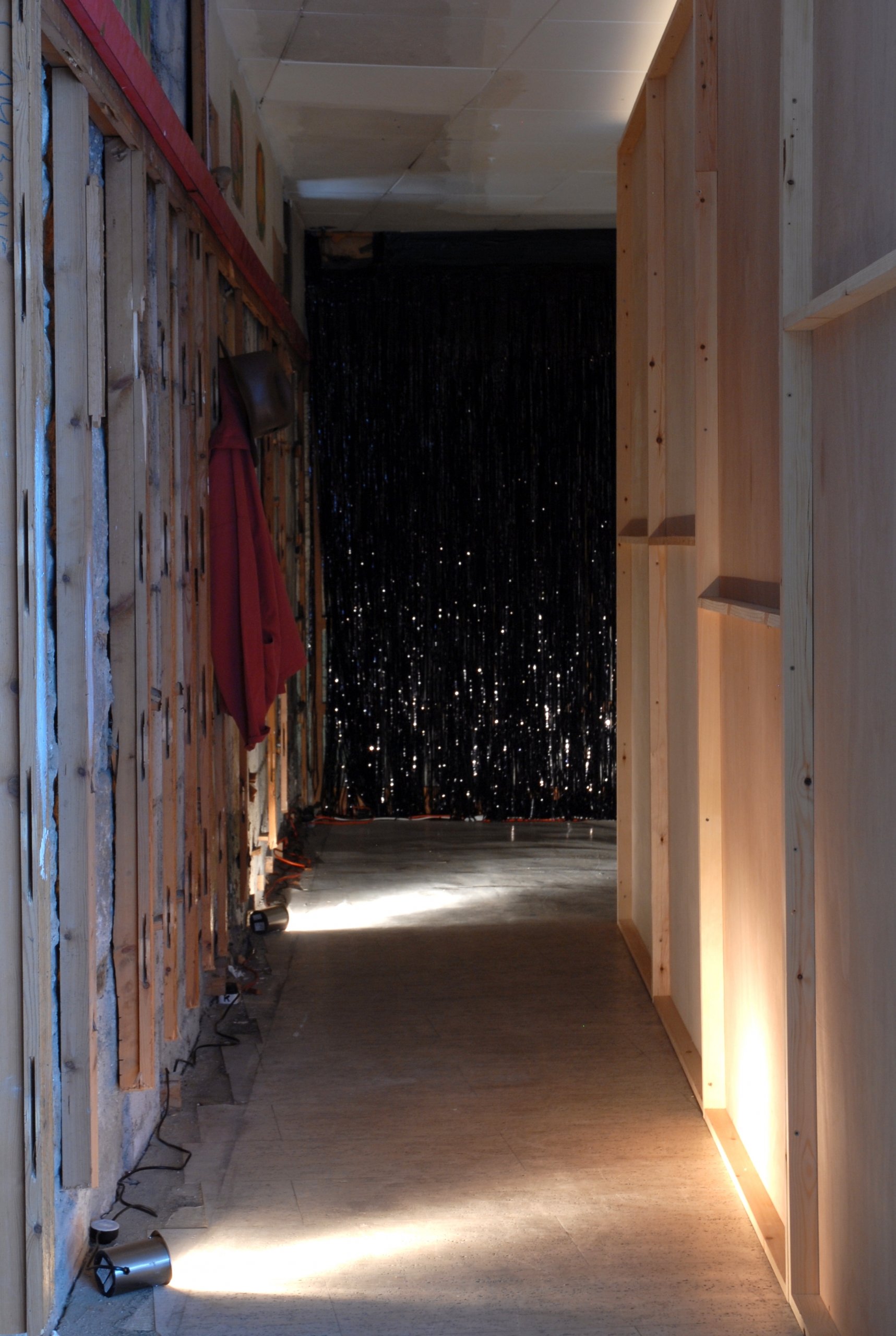 “The title ‘Modern Sculpture’ suggests plain-speaking accessibility, along with deadpan humour and a gentle nod to Herbert Read’s classic textbook of the same name. This tiny exhibition in a small lock-up unit manages to encompass all three.

My first impression is of a big, beige gap in Plymouth’s bustling indoor market. Something odd is happening between Elder Crafts and The Bag Shop. Inside the unit, a base and two walls of unpainted plywood make up an enclosure that’s offset by about thirty degrees. It’s as if the shops interior has slipped. The work is exposing its own staging: you can just about poke your head behind to see the supporting structure.

On this platform is a minimalist set-up of two bendy planks and a large clay ball pock-marked with fingerprints. Above is a shelf holding an ashtray filled with dog-ends. I’m told this is partly influenced by a Lucio Fontana work currently on show at Tate St Ives- but, seeing that ashtray, all I can think of is Philip Guston. This cartoonish work is testing the tension between abstraction and narrative, simplification and gesture, artifice and authenticity.

Look closer and you see that only the ashtray is real. The other objects- even the cigarette butts- are made of polystyrene and modelling clay. Weighty, lofty concepts of space and gesture are represented in the lightweight, practical materials of craft.

At the same time, the works neutral palette and simple shapes mean it’s rather beautiful. It’s pretending to be artless, but only pretending. ‘Modern Sculpture’ generously includes remnants of the shop’s former life without being overwhelmed by them. It rubs up against discoloured ceiling tiles and moulded wall cladding with a purr.

Perhaps it’s no surprise that ‘Modern Sculpture’ looks both incongruous and at home here. Dean Knight grew up in Plymouth and knows this astonishing market building well. Opened in 1959, it was part of the city’s regeneration after the devastation of the 1941 Blitz. The light and airy structure seems imbued with post-war optimism about the modern and the new- unlike Herbert Read’s book, which ends in the early 1960’s on a note of slight dismay.

There’s no dismay in Unit 11, even though it embodies the recessionary cliché of art in empty shops. This work revels in its context. ‘Modern Sculpture’ examines notions of display and invitation that are common to both art and retail. While provoking serious thought about the traditions of sculpture, it doesn’t take itself too seriously. It’s also very approachable: passers-by touch it, market traders talk about it. With this added element of effortless social engagement, it’s very modern sculpture indeed.” 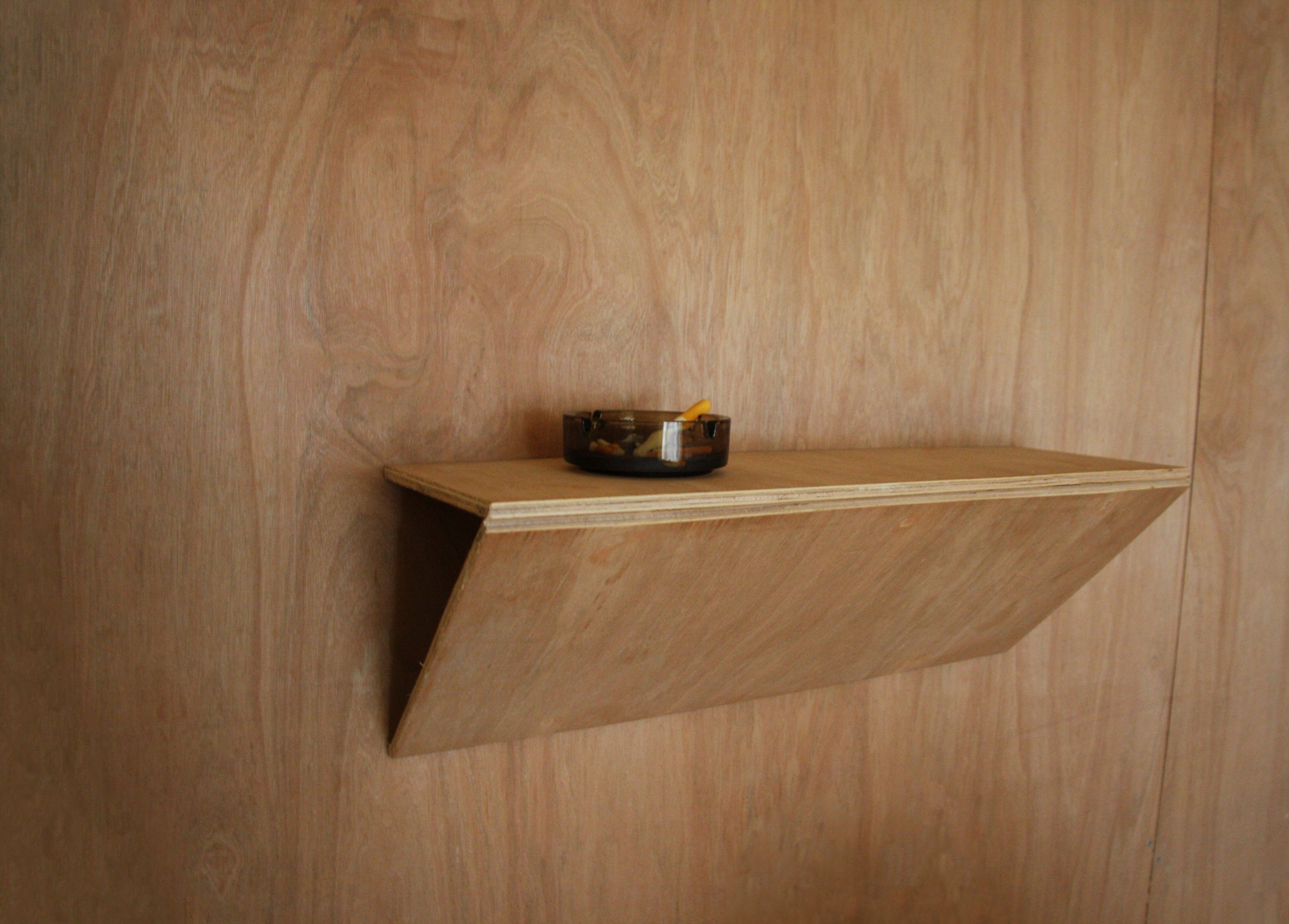 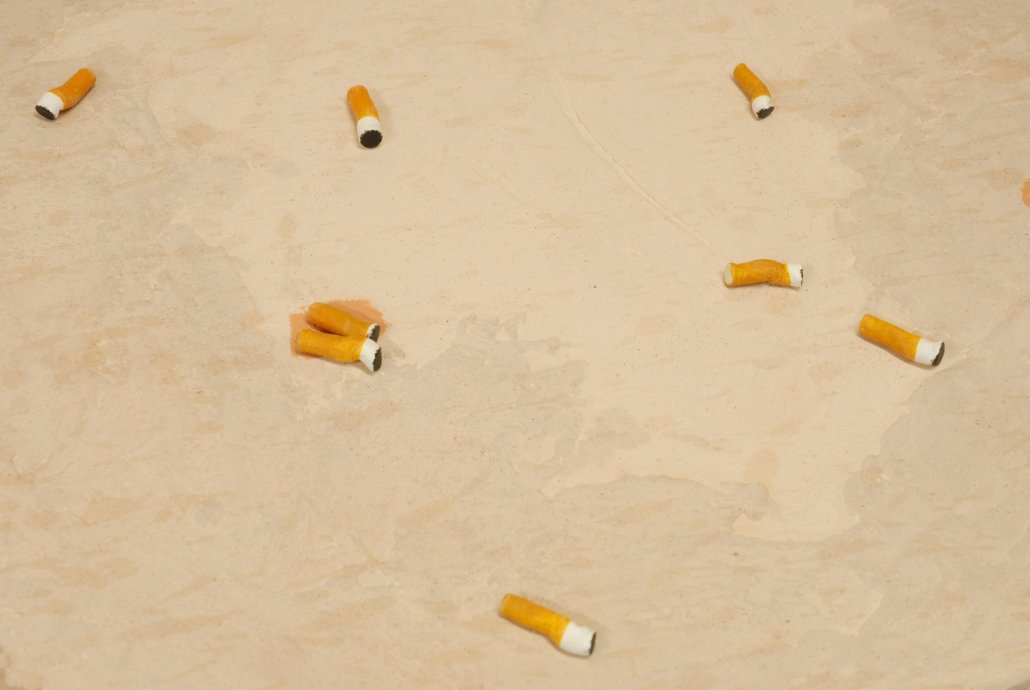 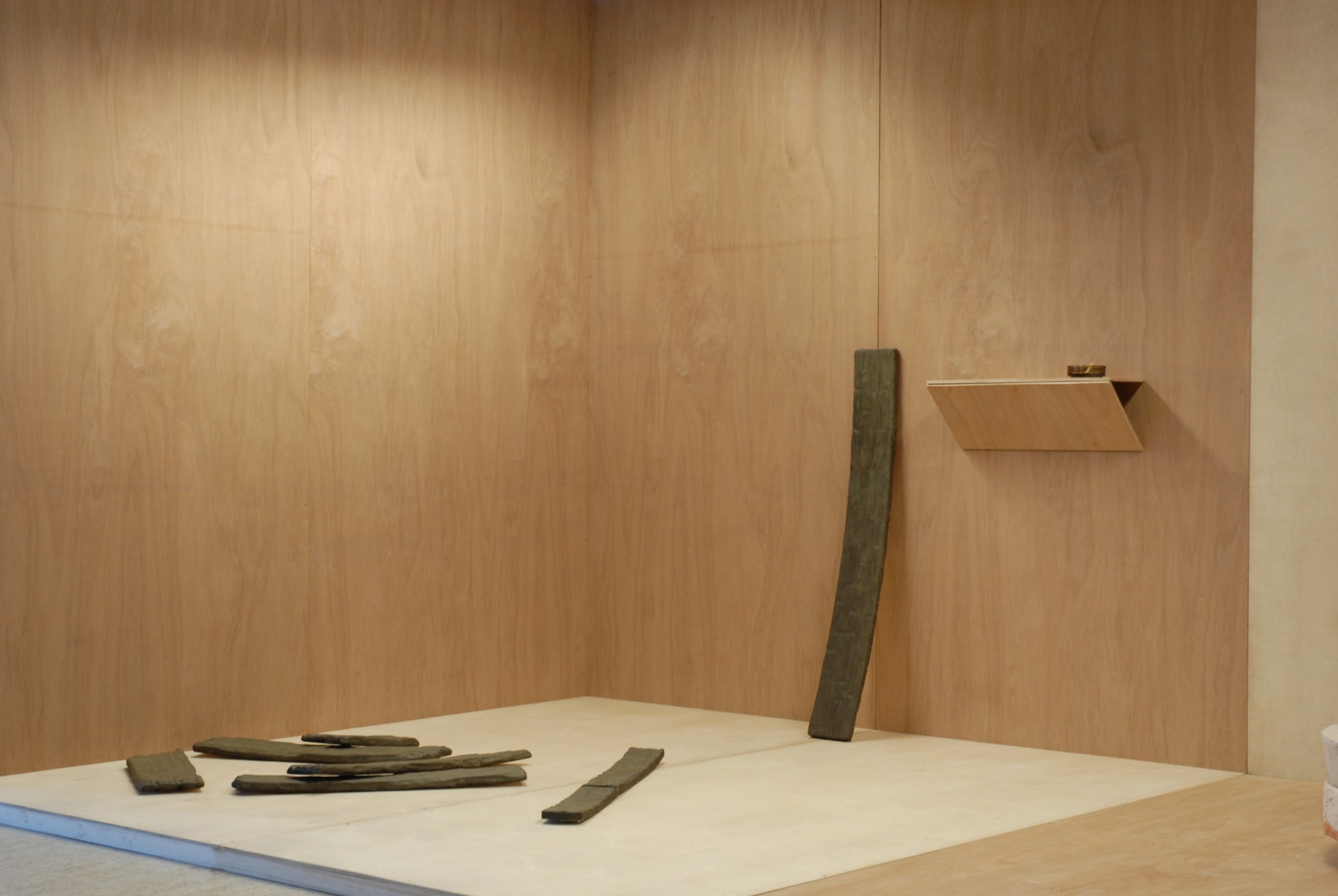 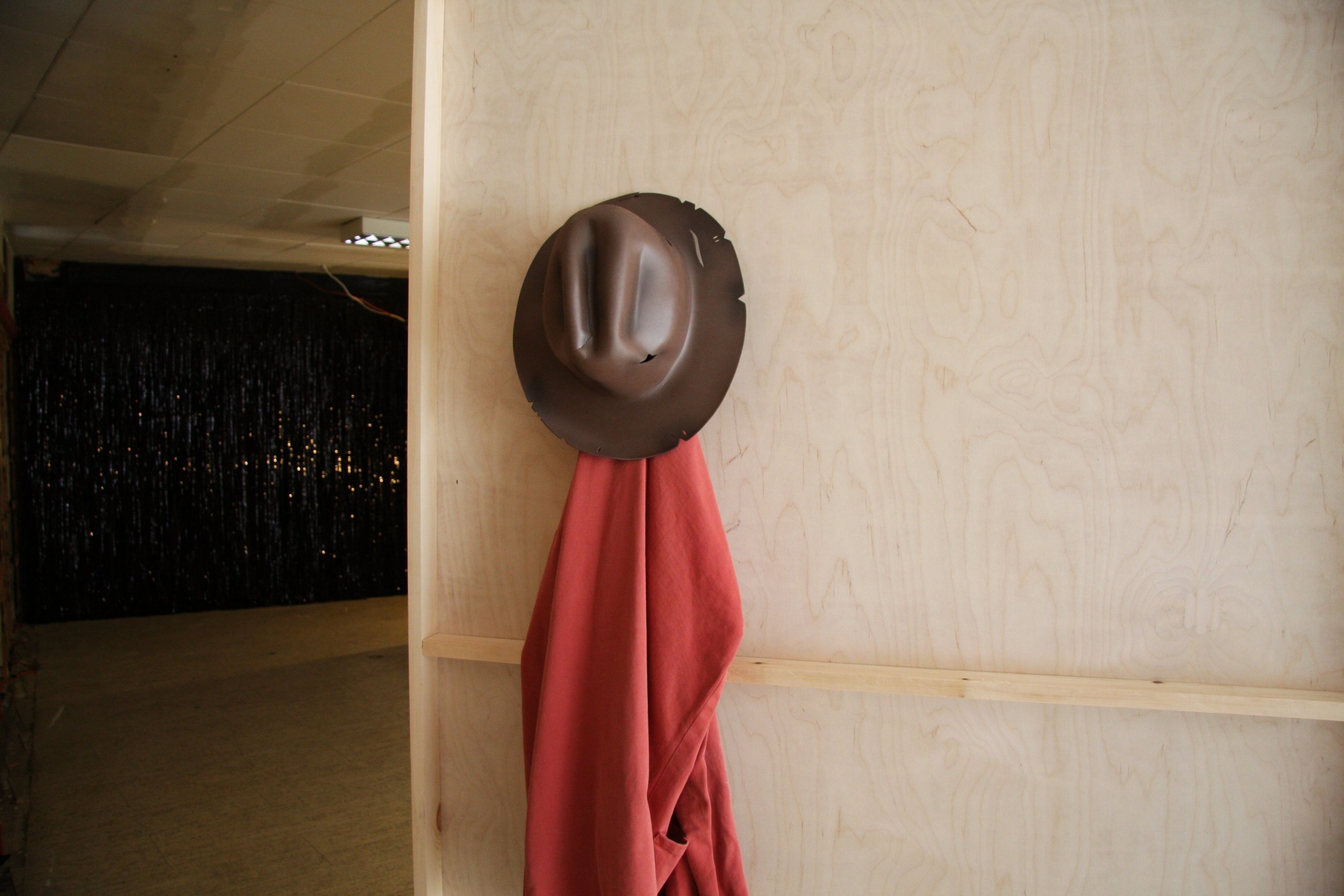 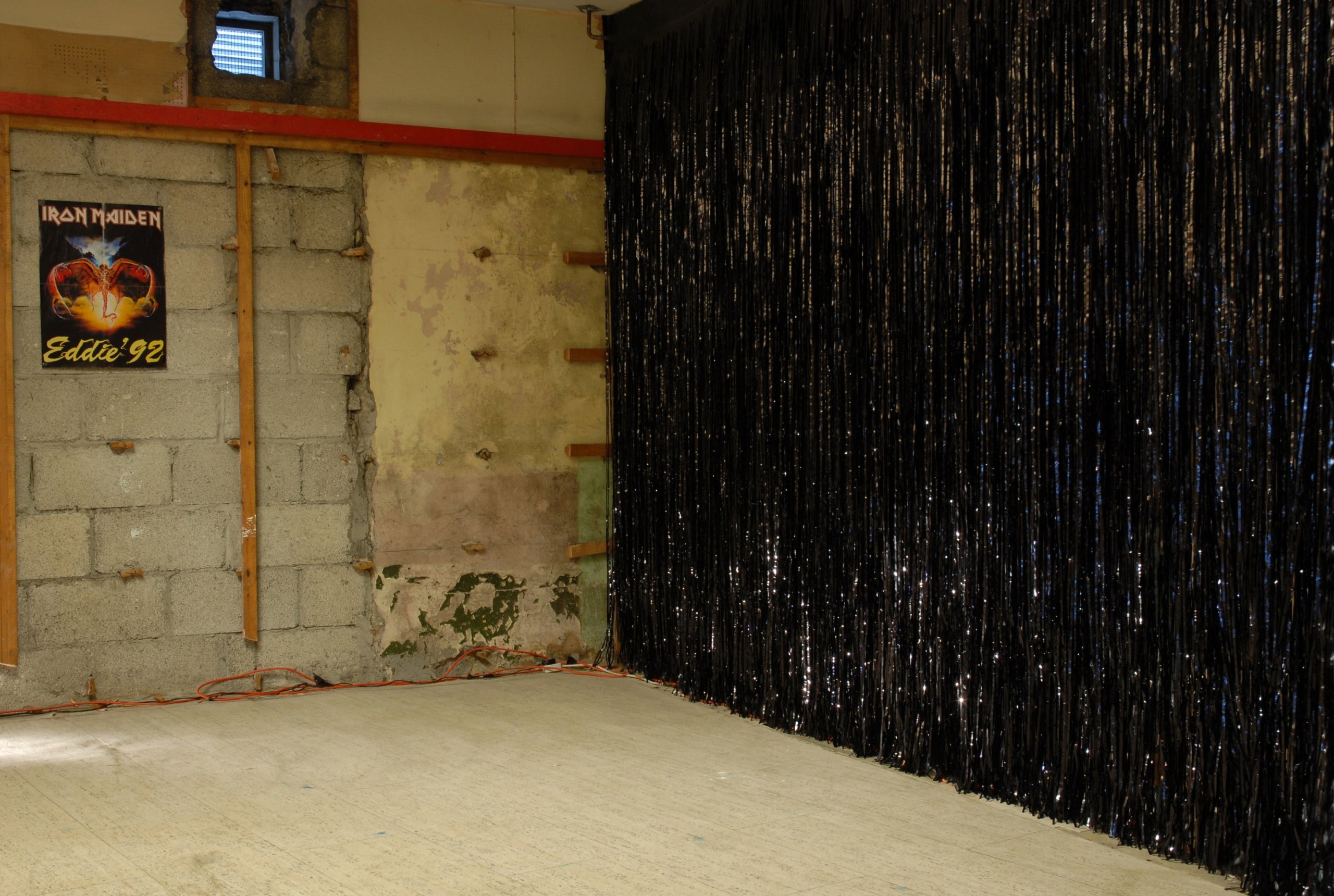 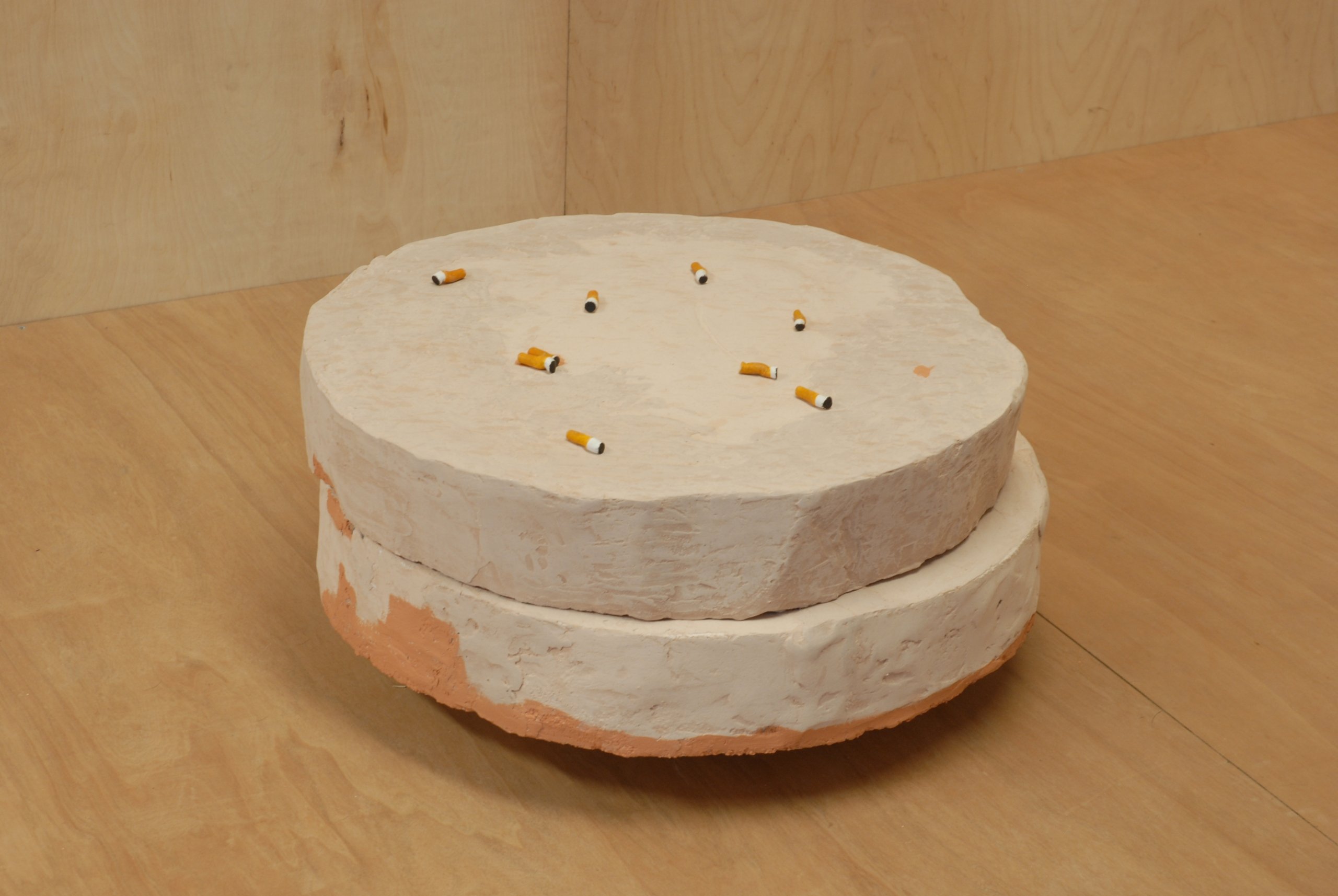 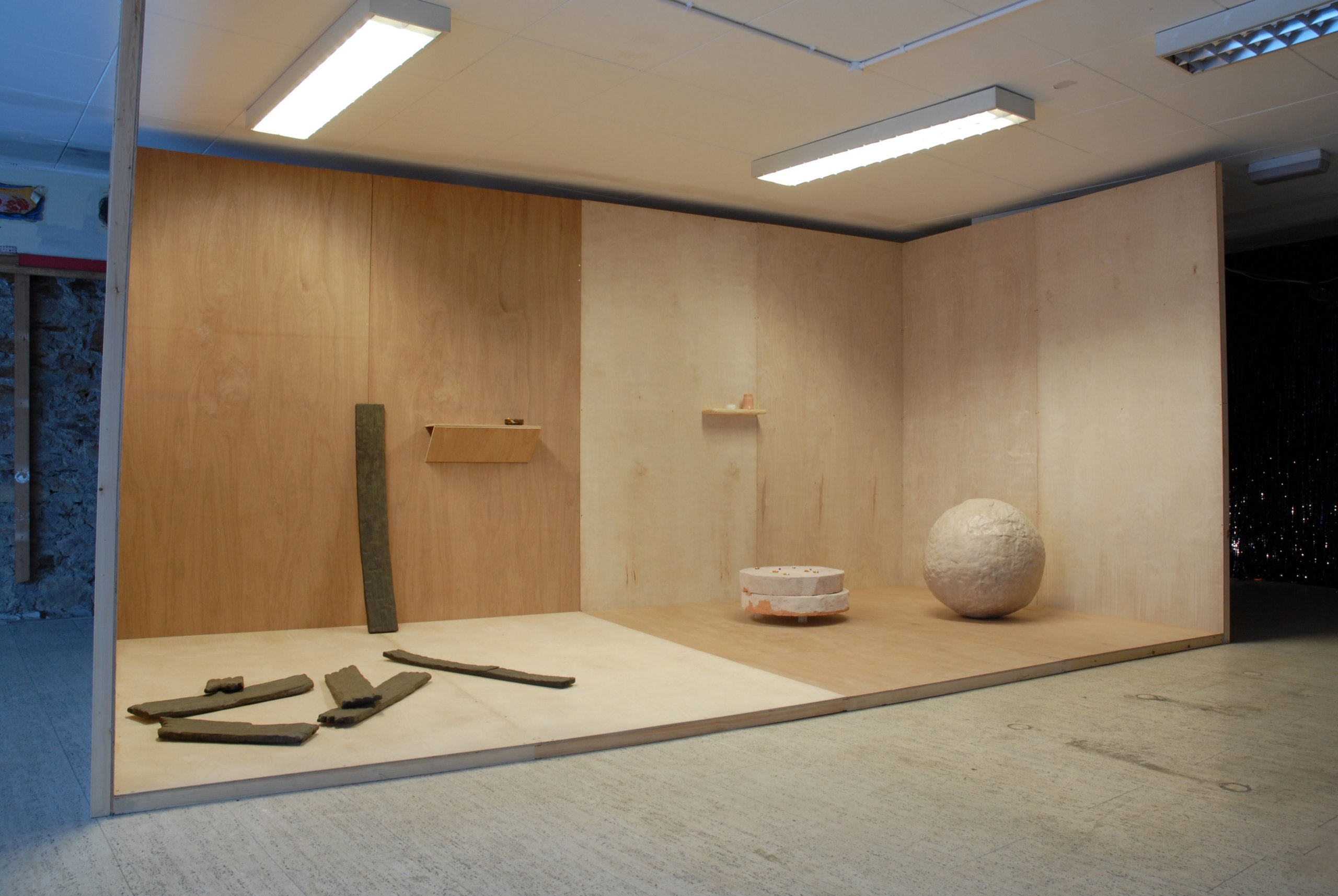